If you haven’t stepped into a pub for a few decades, you may have missed the transformation of the beer industry. Local breweries peddling frothy pints with subtle notes of rotten egg are out; consolidation and craft are in. Big beasts like Greene King have absorbed the local players, multinationals have gone multi-brand, while it’s hard to find a solitary village without its own craft or micro-brewery.

The latter phenomenon is perhaps the most remarkable. The Campaign For Real Ale Good Beer Guide 2015 says there are 1,285 breweries in the UK (the vast majority very small), up by 170 from last year. While the World Cup helped overall beer sales buck a five-year decline in 2014, according to market research firm Mintel, the craft segment is growing. A fifth of Britons have drunk craft beer in the past six months, rising to 31% of 25 to 34 year olds.

‘Meantime... has an excellent reputation for brewing consistently high quality beers and for industry-leading innovation,’ said SABMiller’s European MD Sue Clark.  ‘This expertise will boost our strategy to develop beers that appeal to more people, including women, and which can be attractive alternatives to wine and spirits.’ 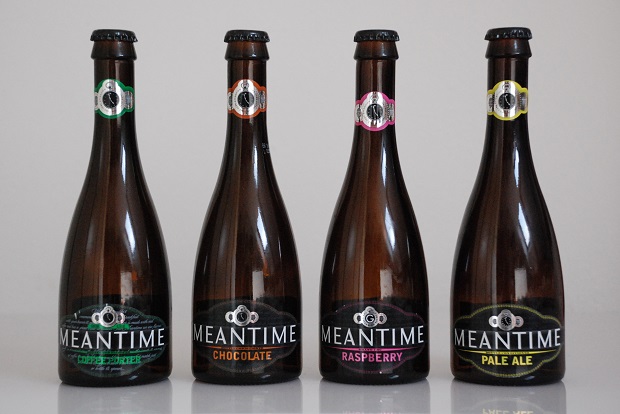 Meantime was founded in Greenwich (get it?) 15 years ago, and is now stocked in over 900 pubs, as well as Waitrose, Sainsbury's and M&S.

This is the first such move in the UK from a big drinks company, and in many respects it makes a lot of sense. SABMiller said earlier this week that, along with appealing to women, it also wants to be ‘relevant for today’s millennial consumers’, who as we know are all hipsters who despise mass market brands. Well, some of them anyway...

‘It is no longer cool for younger 20-something drinkers to be a Carling or a Foster’s drinker, but rather to drink a new double IPA that none of your friends have heard of,’ says Mintel’s Global Drinks Analyst Jonny Forsyth.

In truth, big beer’s big image problem extends beyond youngsters with beards. For years, it’s suffered from a focus on scale economies and slick marketing over innovation, and beer drinkers in general are increasingly rebelling. Transforming an old titan into the agile, innovative, start-up-like Olympian consumers want doesn’t happen overnight. So, if you can’t change from within, why not buy in your innovation?

Meantime will open a ‘centre for SABMiller’s European innovation and new product development’ following the purchase, set to go ahead in June. It’s all very well trying to distil some of the smaller firm’s entrepreneurial spirit (no, not gin), but isn’t there a risk that consumers who drink craft beer because they don’t like big brands will scoff at the idea of quaffing a big brand pretending to be craft?

Not so fast, says Forsyth. Mintel’s research indicates 24% of adults ‘would be interested in trying a craft/craft-style beer from a large brewer’, while 28% ‘do not mind company produces the beer as long as it tastes good’. Of course that still means 72% would mind, but it could be worse.

Ultimately, the main advantage of the acquisition for SABMiller – and the main reason that it or other big firms might start buying more craft breweries – is that it gives it access to a growing business in a growing market segment, while also diversifying its offering, i.e. spreading its bets.

Besides, given the difference in size (SABMiller’s volume sales are between 5,000 and 7,000 times more than Meantime’s), it’s hardly going to break the big firm’s bank. So long as it doesn’t try to turn London IPA into Miller Lite, everyone wins.

By Stephen Jones
12 hours ago
Food for thought