Leading Veolia hasn’t been an easy job for Antoine Frérot. Running any listed corporation with hundreds of thousands of employees in dozens of countries is never going to be a picnic. But when he bagged the top job in 2009, the utilities and waste management company was in a pretty sorry state.

With a mountain of debt and over-reliant on French municipalities for much of its income, it was hit hard by the financial crisis, which knocked three quarters of the value off its share price in a little over a year.

In the time since, he’s cut that debt in half, diversified the company’s client base (both geographically and into more private sector industries) and strengthened its profits, but it’s not been easy (not least on the company’s employees – Veolia’s headcount has fallen from around 300,000 to 163,226 at last count).

‘After the world crisis our classical businesses had some difficulties,’ he tells MT when we meet at Veolia’s UK offices on London’s Pentonville Road. ‘To solve these problems and restore profitability we needed to change a lot of things. Changing a lot of things in a big organisation takes some time.’

Not everybody was willing to wait, though. Early in his term, Frérot saw off two attempts to oust him from the CEO’s chair. ‘These people were not patient to wait for the fruit that came two years later. And now, after our first transformation plan, the successes are clearly on the table.’

He’s very matter-of-fact about it, but that kind of stress must take a personal toll? ‘I keep my nerves. What is the worst that could happen in this situation? To be fired. The world would continue to turn.’

Patience is one of the most important virtues in an aspiring CEO, he says. ‘You cannot build everything in two days. [Business] is a human activity built day after day, month after month, year after year. You need to be patient, you need not to have the will to make money immediately, selling and going back.’

Other useful traits include being a team player – ‘You can’t do it alone – you need to train teams, you need to take care of the cohesion between members of the team, you need a collective dream and not only individual will.’ And it helps to have a creative spark. ‘Every year you need to have new ideas, new solutions to propose. If not then you will not progress.’ 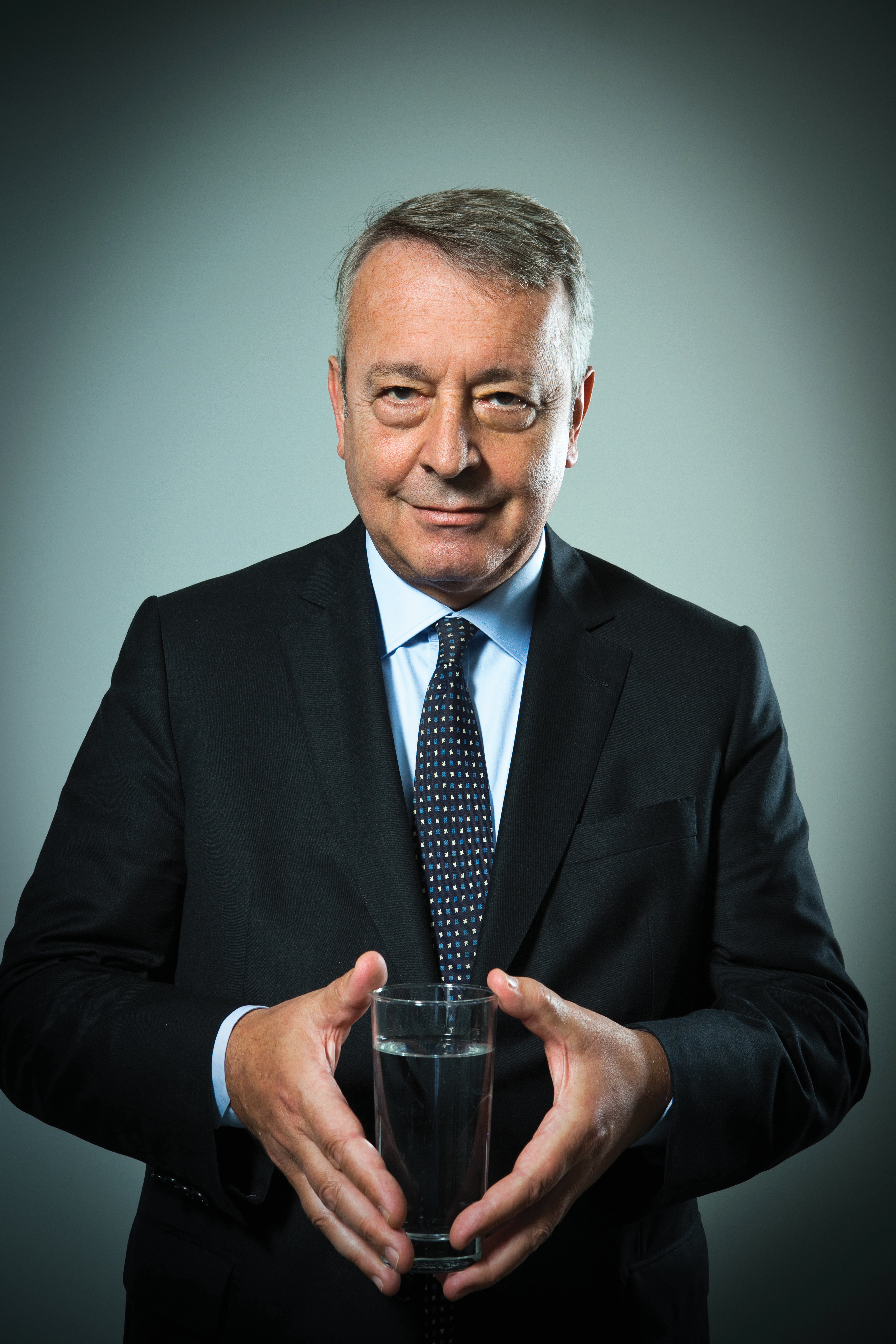 Veolia’s big focus at the moment is on the so-called circular economy, helping clients, many of them industrial companies, to process and reuse their waste materials rather than disposing of them. The warmth emitted by chimneys can be captured and used to power a company’s central heating, for instance. Contaminated waste water can be recycled on-site and then put straight back into the production process.

Many of the circular economy’s proponents would like to see new regulations forcing companies to use a certain proportion of recycled materials, but Frérot says there are incentives for businesses to get involved regardless.

‘Consumers are more and more aware and worried about environmental issues. They are interested to know the product they buy has recycled materials used and are even willing to pay a bit more.’

While governments are in a position to boost environmental companies like Veolia, they can also hinder. In some of the emerging markets it works in, the company is at risk of forced nationalisation and other heavy-handedness by states without regard to the rule of law.

Western countries have their own issues too – just look at Donald Trump’s disdain for the Paris Climate Treaty, which he has threatened to leave.

‘Wealthy countries are coming more and more back to nationalism,’ says Frérot. ‘There is a risk that environmental issues disappear from the political and social agenda, that some environmental regulation could decrease in the future.’

That said, he doesn’t seem too concerned about Brexit. In the wake of last year’s referendum, Veolia announced plans for £750m of investment in the UK over the next five years. ‘Even since the Brexit vote, [environmental] issues are more on top of the political agenda – I’m sure that the population is still more and more aware about these issues.’

When he’s not working or looking after his family, Frérot is something of a modern art buff. He chairs the Centre of Graphic Arts in Royan, on France’s Atlantic coast, and is particularly keen on the likes of Jean Fautrier, Tetsumi Kudo and Hélène Delprat.

‘Graphic arts are linked to the way I consider life broadly,’ he says. ‘It makes me more grounded. And it also allows me to understand others better, to empathise with them, to build teams, and help them reach their mission. They help me know myself better.’