‘I kept referring to it as my big holiday beforehand, but that’s not what it was!’ Laura Higgins says of her planned time to take Shared Parental Leave (SPL), which she’s just coming to the end of.

Introduced last year, SPL gives parents the right to share up to 50 weeks of leave and 37 weeks of statutory shared parental pay (£139.58 a week or 90% of earnings, whichever is lower) after the birth or adoption of their child. It's at employers' discretion if they opt to increase earnings.

On the surface, the pros look obvious. Mothers presently shoulder a disproportionate share of childcare, which can hamper their career progression, while the other parent misses out on time raising their kids. But it’s still in its infancy – just a year old, SPL has yet to really pick up in the UK. So the anticipated benefits of encouraging a widespread change in how childcare responsibilities are split and consequently improving diversity in the workplace, have yet to be realised.

Research from My Family Care and the Women’s Business Council last month surveyed 200 firms and over 1,000 parents and found just 1% of men have taken the chance to share their partner’s parental leave. Boosting that figure is one simple way of addressing the paucity of senior women execs in many organisations and would be a big step in moving the much-vaunted diversity agenda forward.

Higgins's wife Taryn gave birth to their baby Lexi nearly seven months ago and while she'd heard that SPL was coming into effect, she wasn’t quite sure how it would work in practical terms. She got the details from work – she’s a senior strategy manager at Accenture, while her wife is self-employed as a nutritionist – and realised she could take SPL with a minimum of 12 weeks off. ‘We essentially split the leave 50/50 so we each ended up with six months and took it together so we’ve had a good half of the year off together to raise our daughter.’

The experience has been important for both of them. Having two sets of hands on deck meant the good and tough times could be split between the parents. If Higgins hadn’t taken SPL, she feels there would have been many moments she’d have missed out on. ‘The first time Lexi had a giggling fit or sat up independently or fed herself with the bottle,’ she lists. ‘I would have missed it all, because she wakes up at half seven and she goes down at half six so I wouldn’t have seen anything Monday to Friday.’ 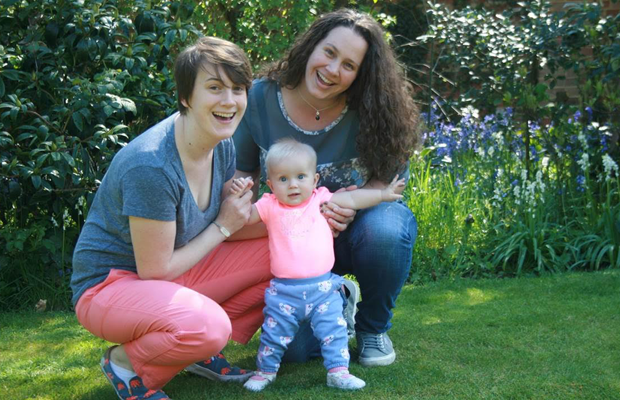 Mark Smith split the leave with his wife (who runs a boutique marketing consultancy) to look after their son. He thinks there are a few reasons for this lack of interest that need tackling if more men are to take it up in the future. ‘Education and communication is definitely a top reason,’ he says. ‘There are people I know who weren’t really sure what their rights were. They’ve heard the legislation is changing but didn’t really understand what their companies were offering as a package and that they had the right to request that leave.’

Financial constraints are a big concern too. Not all firms have packages that make it a viable option for parents. ‘Taryn was giving up being self-employed and she was essentially on statutory pay and was giving that to me, which got converted in Accenture terms to full pay because that’s company policy,' Higgins explains.

But not all employers are so generous - many have yet to come around to turning maternity leave into a new provision which treats both parents equally in financial terms. ‘People who don’t have that or don’t have a structured paternity leave do need to look at the financials to see how it’s going to stack up, Smith advises. ‘There’s not a one-size-fits-all – it’s got to be what works for each couple.’

It worked for Smith and his wife for a range of reasons. Firstly the package he was offered at work - he works in Accenture's health and public service business - and secondly the importance of his wife not being out of work for a full year so she could keep things ticking over at her company. The fact it was also their first child meant that sharing the responsibilities felt important. ‘I think it’s really helpful for a guy to understand how hard it is and how a day gets filled incredibly quickly,’ Smith says. ‘There isn’t a manual so you’re learning together and there’s so much to learn about feeding, getting him to do activities, getting him to sleep and trying to come up with new ways to entertain him.’ Dancing and 'acting a bit silly' work wonders for his ten-month-old son. 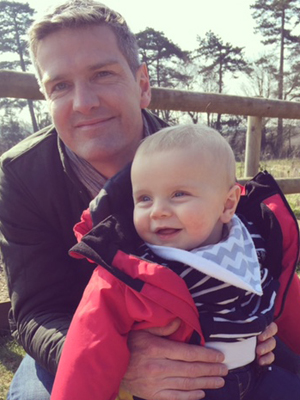 For Steve McShannon-Kefford, the introduction of SPL came about in time for him to split leave with his wife Myra for the birth of their second child. ‘We don’t have a main breadwinner in our family; my wife has just as senior a role, so her career was just as important to her as it is to me,’ he says. Both work at IBM – Myra took the first six months of maternity leave off, while Steve took September, October, November and December. By the time their daughter Mia was ten months old, they felt she was ready to go to nursery.

The change from a set pattern at work to gearing his days around the newborn was a bit of a shock to the system. ‘When you take parental leave, you’re thrown into this world of having to live by what the baby wants and needs – with no structure or control whatsoever,’ McShannon-Kefford explains. ‘It’s hard to adapt but with lots of family around to help, you work your way through it.’

Perhaps what’s most needed is a shift in culture. That should help more mothers return to work, which could bode well for productivity too. PwC research suggested the UK could boost its GDP by 9% if it could increase the proportion of women in work from 68% to 73% (as seen in the highest-performing country Sweden). This won't be a quick switch though. As Smith says, ‘It needs to be a bit more accepted that dads are quite equal in the upbringing of their children and I think that will take time.’ Not everyone will feel their employers are flexible enough on this – and it’s a very real concern for some that their careers might suffer.

Higgins was actually promoted on leave and thinks it’s important to talk to your company, which in itself can help raise awareness that there is a desire for SPL and more flexibility among new parents. ‘I have that relationship with work where I felt like I could have that conversation so I think that’s really important – that people feel they have somebody to go to for the right information and can then start asking the serious questions.’

‘Do what feels right and take as much as you can; don’t let any of it go to waste,’ she says. ‘I will never, ever get this time back and it’s been by far the best thing I’ve ever done in my entire life – the most exhausting thing, not a holiday at all – but a wonderful, wonderful experience and I’m extremely grateful for it.’

Employers which embrace SPL do so to their own advantage – increasing their ability to maintain a diverse workforce and placing themselves in a better position to retain the skills women bring to the workplace.