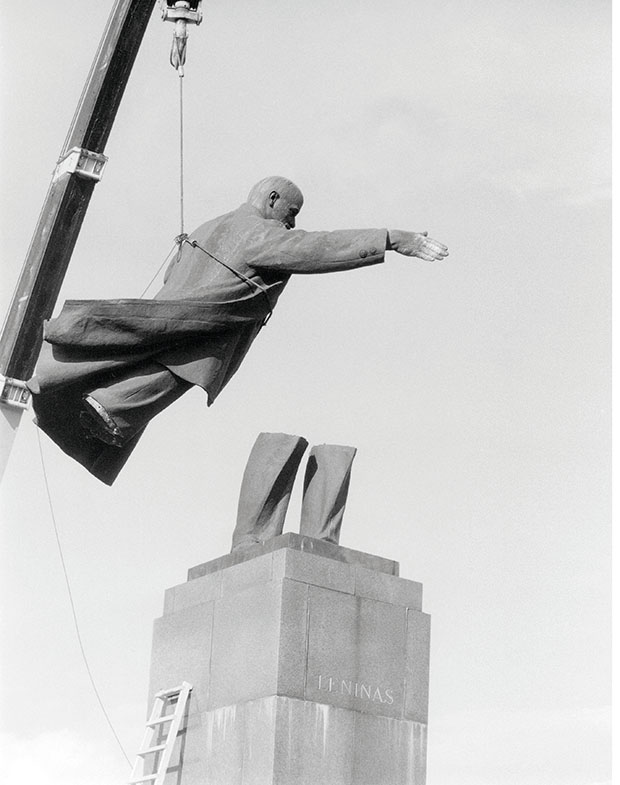 Globalisation being what it is, one shouldn’t be surprised to find a factory in the middle of a field outside Ariogala in rural Lithuania housing looms rattling out the luridly patterned fabric that you sit on in London Underground trains. But the Huddersfield-based British textile manufacturer Camira set up shop here in 2006 and now has 200 employees, most of whom appear happy to toil for €515 – £368 – a month. The two female bosses, Ingrid and Marina, run a tight ship and are keen to expand.

Down the road in a trendy office within the huge Kaunas basketball stadium, the Leeds-based CallCredit, a rival to Experian, has a ‘shared services’ centre that employs 117 crucial young tech things who scoot around the break-out areas and are content to do so for an average of €700 (£500) a month. The UK has invested a total of €203m in the country.

Things have been going well for Lithuanians recently. The great crash of 2008 hit them exceptionally hard and caused a brief exodus of even highly qualified talent looking to make ends meet abroad. At least one Lithuanian with a PhD in biochemistry appeared in the London suburbs, touting for business as a handyman.

But they took the austerity pill and have been rewarded with predicted GDP growth of around 3% this year. They adopted the euro on 1 January and appear to be one of the few nations happy to have it. Of the population of three million, 93% has completed secondary or higher education – claimed to be the highest figure in Europe. And 47% of 24 to 29 year-olds have a degree and most speak pretty serviceable English. 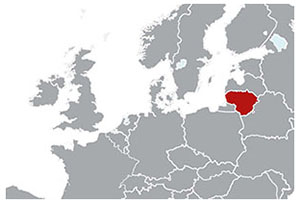 While not quite up there with its fellow Baltic state high-tech haven ‘e-Estonia’, birthplace of Skype, Lithuania has got 25,000 IT professionals ready and waiting for some UK investment to come their way. Barclays has a tech centre in Vilnius that employs 1,200 souls working round the clock. Naturally, Nigel Farage would have you believe we are swamped with sponging Lithuanian unworthies in the UK. Indeed 5% of the country’s GDP comes from remittances sent home, a third of these from the UK. The Wizz Air flight from Luton to Vilnius was jam-packed both ways with not a Brit stag-weekender in sight. But many Lithuanians now return home from abroad to start their own businesses – it takes only three days to set up a company here.

There is, however, someone who wants to spoil the whole Baltic party. The bear on the border is stirring. Last year’s annexation of Crimea and Russian-inspired conflict in Ukraine has deeply unsettled the Lithuanians. They are a people who have felt the hand of history too often on their shoulder and have been occupied twice – by the Germans and the Russians – within the past 70 years. The Germans marched in in 1941 and began the Holocaust. (The population of Vilnius was 45% Jewish in 1917 but by 1945 Lithuanian Jewry had, with the undoubted active assistance of some locals, been reduced from 210,000 to 15,000.)

The lessons of history are raw here. A tour of the Vilnius HQ used by the Gestapo and then the KGB from 1945 to 1991 is a deeply sobering experience. The Museum of Genocide and Resistance contains cells in which prisoners were forced to stand naked on a raised metal plate until they broke and fell into freezing water. The windowless execution room where more than 1,100 Lithuanians met their fate has bullet holes in the walls and drains cut into the floor to let the blood flow away.

They really are unenthusiastic about Russians around here. Lithuanians are not ethnically Slav and their language has its origins in Sanskrit.

In central Vilnius, MT meets Rolandas Krisciunas, the deputy foreign minister, on the morning after the celebrations to mark the 25th anniversary of independence and kicking out the heirs of Lenin. (They moved too fast even for Gorbachev here in early 1991 and Soviet tanks killed or crushed 13 people.) Krisciunas takes a very dim view of the KGB-trained Russian president.

‘Our independence should never be taken for granted. For many of our younger people under the age of 30 the Soviet era is now unknown. However, it’s vital they understand what it was about. Many of them will have relatives who were killed or sent to Siberia.’

Lithuania has taken the most active position among all Nato members in resisting the Russian action in Ukraine – which formed part of Lithuania’s Grand Duchy from the 13th century until 1795 – by sending military assistance. It’s a sign of how seriously it takes Putin that the nation is about to reintroduce compulsory military conscription.

‘The talk in the 1990s used to be that Russia was a victim of the Soviet regime along with us,’ says Krisciunas. ‘Putin now says that was a mistake. There has been a dramatic change of narrative. Instead, he maintains that the collapse of the USSR was a tragedy. It is a deeply worrying manufactured nationalism that gives some of us a terrible sense of déjà vu.

‘It might be difficult for him to make big trouble here. However, in our neighbours Latvia and Estonia, the population of Russians is around 40% and 30%. They all watch Russian TV and they are being brainwashed. Putin could be a threat to the whole region and the sanctions need to be taken very seriously. He cannot be allowed to think it’s business as usual. The sanctions must be properly enforced.’

Down in the old town of Vilnius close to what was the Jewish ghetto and supping a pint of Kentish Spitfire beer, Mark Harold is more optimistic. Harold – ‘aka Mark Splinter: the Johnny Rotten of Beatboxing’ – is an ex-public school boy brought up in the London suburbs and is the latest member of the Vilnius City Council. Harold arrived in Lithuania in 2004 and ‘fell in love with the place'. He describes his political outlook as ‘classical Enlightenment liberal, free market, pro-social and economic freedom.’ More conservative elements of Vilnius society assumed he was a spy.

Harold’s hottest new beatbox act is a young man called Gon whose album Gonabea can be viewed on YouTube if such stuff takes your fancy. ‘This country has waited a long time to fulfil its huge potential,’ he says. ‘Our freedom needs to be protected and we’ve chosen the path of the west and Europe. But conventional military strategic analysis doesn’t appear to work with Putin. We just need to make sure we’re prepared.’

Those Brits who fancy standing up to Vlad and giving Lithuania a punt might also be attracted by 0% corporation tax for the first six years and a flat income tax rate of 15%.

By Adam Gale
18 hours ago
Women in Business

By Stephen Jones
46 hours ago