Time has finally run out to make a deal on Greece’s debt. Without a third bailout its financial system will give way (there are deserts that have more liquidity than the Greek banks) and Grexit will be all but inevitable.

Last night, prime minister Alexis Tsipras submitted his final reform proposals, which European leaders will discuss and vote over the next three days. They will have no time to debate amendments. It’s a case of take it or leave it.

As ultimatums go, it’s somewhat back to front. Leaks to the Greek media reveal a set of proposals that sound like they’ve come straight out of hawkish German finance minister Wolfgang Schäuble’s Christmas list.

In exchange for a sizeable third bailout, Tsipras has conceded on virtually every reform the creditors demanded before the Greek people decisively rejected them in last week’s referendum – a primary budget surplus rising from 1% this year (that will be fun, given what this crisis will have done to its tax revenues) to 3.5% in 2017, privatisations, drastic reforms to pensions and public sector wages, privatisations, and tax rises. 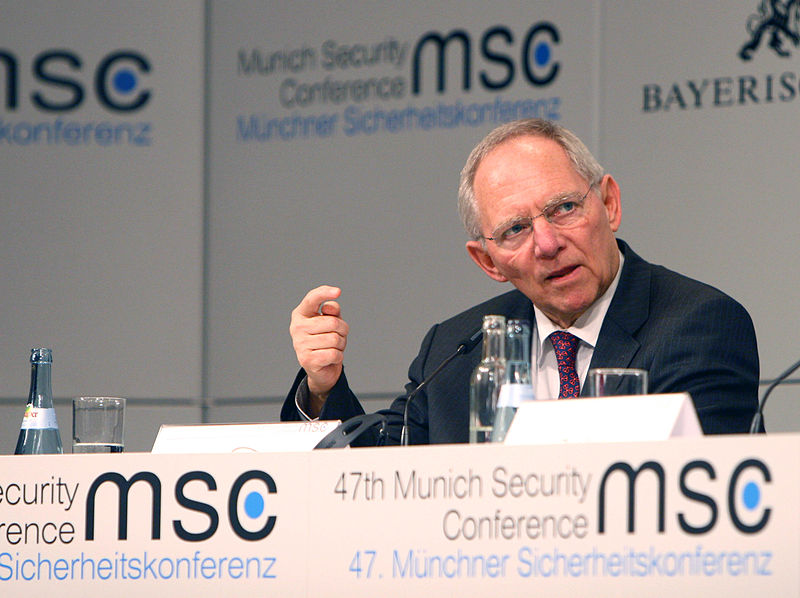 Hmm. Greek leader appears to concede defeat, offering his opponents a deal that’s so sweet it’s basically a gift… the only thing that’s missing here is a wooden horse packed with hoplites.

Two words will ultimately tell whether these proposals are in fact Tsipras’ Trojan horse or just a humiliating retreat: debt sustainability. The Greeks haven’t mentioned it explicitly in their official communications, but everyone knows it’s on the table.

French economy minister Emmanuel Macron said a discussion about debt relief was needed, the US and IMF are lobbying hard for it, and formerly hard-talking European Council President Donald Tusk has called for ‘concrete and realistic’ proposals on the matter from creditors.

Even German chancellor Angela Merkel has softened. She ruled out a 'classic haircut' (a simple debt write off), but that implictly leaves room for some form of significant extension on bond maturation ('hair extensions'?), which effectively amounts to the same thing.

Let’s say for the moment that Greece does get some kind of debt restructuring in exchange for toeing the German line on austerity and reform. Would that be a victory for Tsipras?

From the off, he knew that the creditors would not or could not concede on austerity and/or debt restructuring, and would be willing to play tough until Greece gave in. Perhaps he also realised structural reform was actually necessary to restore Greece to long term growth, but his people would never swallow it.

By antagonising the Germans and then forcing the crisis to a head with his default-referendum gamble, Tsipras put enormous pressure on the creditors to do something to avert a disastrous Grexit scenario.

On its own, this might not have been enough, but by abandoning one of his two objectives (reforms and austerity), he’s given himself a way of achieving the other (debt relief) by making it much more politically acceptable to his opponents.

What the Germans ultimately want, after all, is for Greece to get its act together so this never happens again, and for other debt-laden Eurozone countries to be deterred from doing the same. After this mess, the latter’s a pretty safe bet. Whether Greece can keep to any austerity promises never to do it again is of course another question.

On the other side, his own people and party would be so glad to escape the current crisis that they would accept the compromise and the necessary reforms, which they almost certaintly wouldn’t have otherwise.

If, and it remains a big if, Greece can get significant debt relief as the price for this deal, it would have been a masterstroke. Yes, Greece’s economy is wrecked right now, but the immediate financial crisis will probably be resolved by the creditors resuscitating the Greek banks.

More importantly, Greece’s long term growth prospects would be seriously improved. A lengthy third bailout would free it from its ongoing crisis for a least a few years, providing much needed stability, while debt relief could give it a chance to grow within the euro but without one hand tied behind its bank.

Even if this happened, of course, that doesn’t necessarily mean Tsipras et al planned it from the outset. Accident is very easily mistaken for strategy. Maybe they totally misjudged how Europe would react to their earlier reform proposals and referendum shocker, but just got lucky. Either way, the gods seem to have smiled on Tsipras – so long as the Germans are indeed willing to make the deal work.