Apple has topped a list of the world’s most valuable brands dominated by American companies, the only one worth over $100bn (£599m).

The tech giant can’t feel too smug about its expensive geek, sleek ‘n’ chic though. Samsung is fast closing the still enormous gap with its bitter rival at the top of the Brand Finance Global 500. The value of the South Korean company’s brand, the only non-American in the top 10, rose 34% to $78.8bn, while Apple climbed a still stonking 20% to $104.7bn.

US companies account for a whopping 185 of the top 500 brands, which are valued rather complicatedly by brand consultancy Brand Finance using a combination of strength, how much a company would have to pay to use its trademarks if it didn’t own them and expected future revenues.

The UK is rather more miniscule in the brand value rankings, coming in behind the US, Japan, Germany and France with 35 companies in the top 500 and a paltry 6 in the top 100. Vodafone was Blighty’s highest batting brand at number 16, while BT almost hit the ball out of the park, climbing 70% to a value of $15.3bn and 40 places to 70.

Ferrari, meanwhile, is the world’s most powerful brand, despite driving in at only 350 in the value league. The F1 team ‘inspires more than just brand loyalty, more of a cultish, even quasi-religious devotion,’ said Brand Finance boss David Haigh. 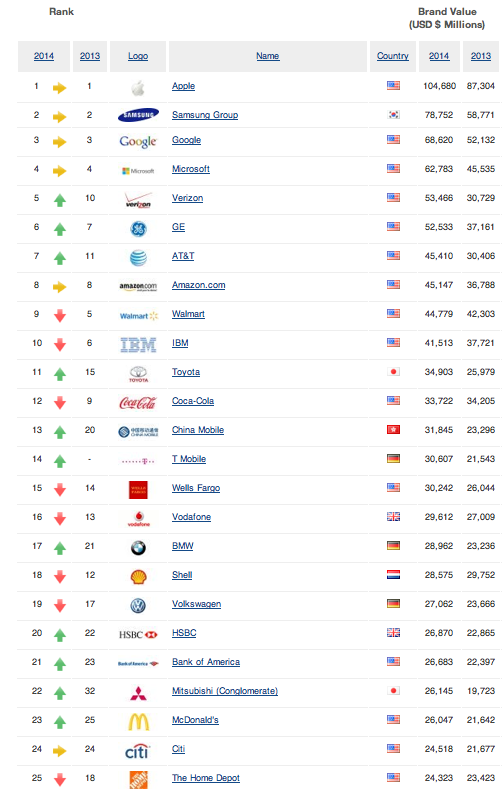 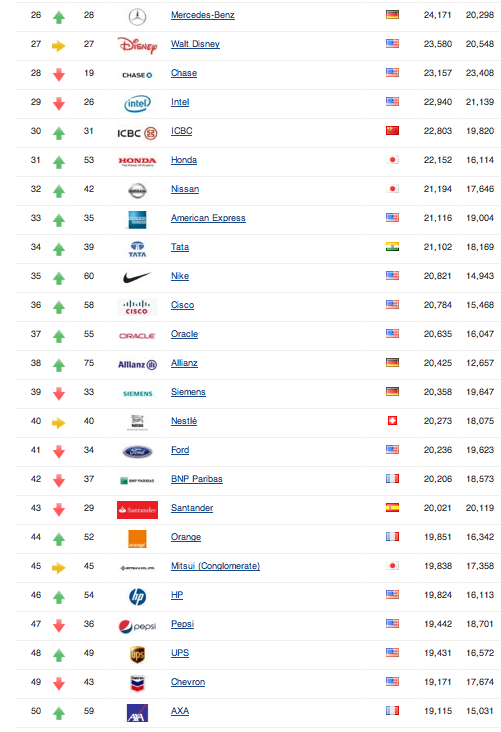 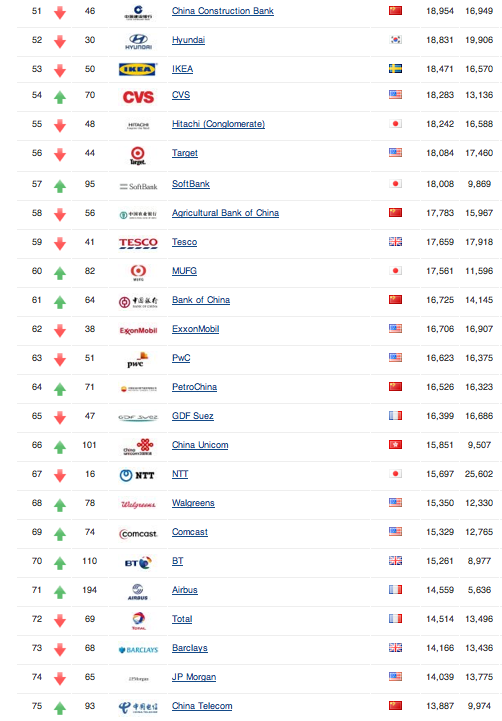 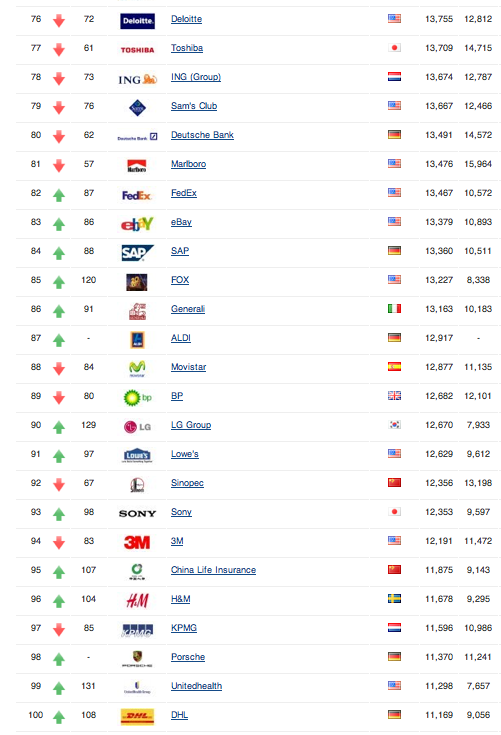