“I hope that while 2020 will always be seen as a really hard year, it may also be seen as a year where we had some opportunity,” says Will Serle, Capita’s Chief People Officer, in his keynote at the first of Management Today’s Future of Work conferences.

Serle joined Capita in 2018 and was immediately questioning the traditional values of having 95% of the company’s 62,000 employees across the world go to a physical workplace, whether that be a Capita base or a client site. “I’d been asking why we had to have that rigid approach,” he said. “I was told there were issues around security, technology and customers. But actually, amazingly, in the space of about two weeks, we had this ingenious, flexible approach towards work. For many, work stopped being a place that you went, and started to be just about what you did.”

One of the greatest challenges was in Mumbai where Capita had recently moved much of its back office and payroll operation. Collaborating with Workday, the cloud-based financial management and HR tool, Capita was rolling out only its second ‘live’ payroll in late March. “The added complication was that India had been entirely shut down with less than 24 hours' notice from the government,” recalls Serle. “So we had employees finding old desktops that hadn’t been used for years, dusting them off, carrying them home, and setting up from their home environments. And remarkably, we did manage to run payroll for 62,000 people with no more errors than normal. I was amazed by the resilience of our colleagues.” Others would testify to that resilience. According to Capita’s Future of Work survey, 91% of leaders said that remote working either improved productivity or made no difference. 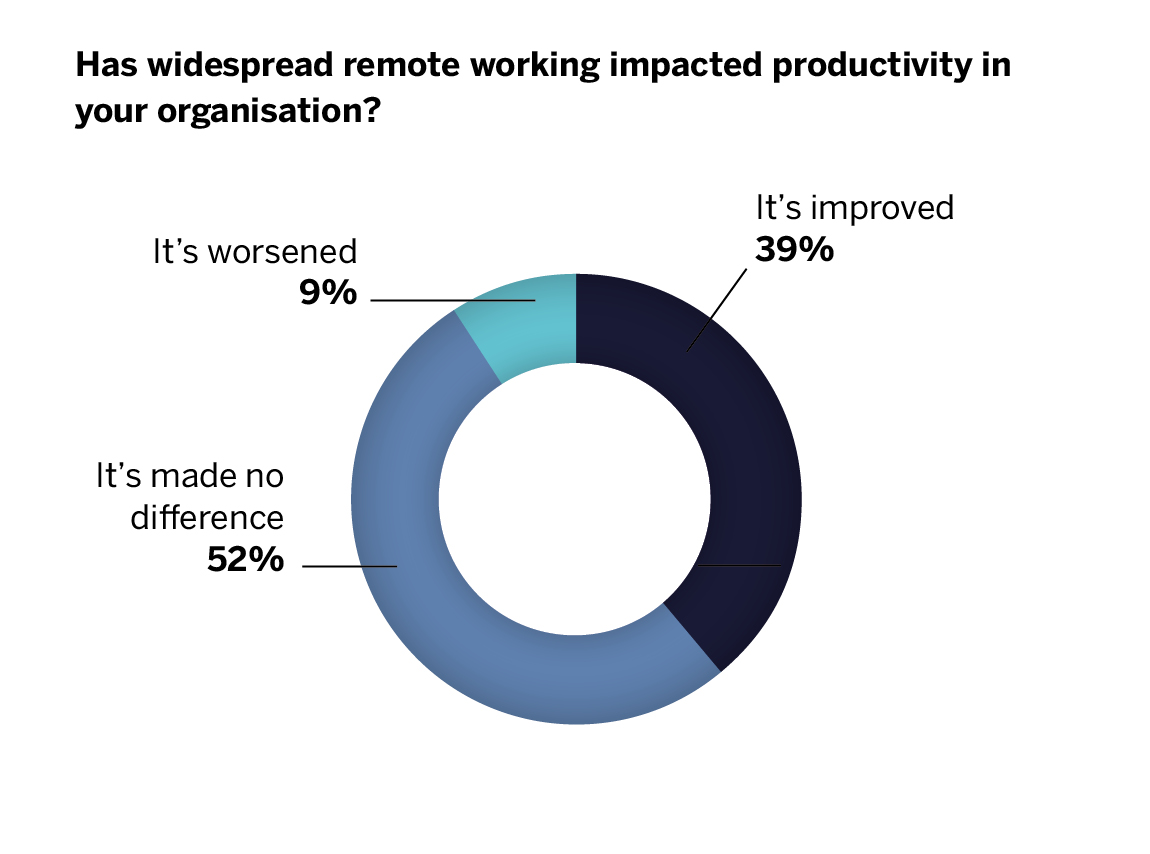 After the initial period of adjustment – “trauma and on-the-hoof policy-making”, as Serle puts it – the big question for organisations was how to communicate with and engage a workforce that was suddenly not physically present. According to the Future of Work survey, 91% of leaders said they had to change their personal leadership style as a result of remote working.

At Capita, video blogs, often shot on a smartphone, worked better than the more formal studio-shot messaging and the almost-daily updates were tailored for different groups. But the most valuable lesson to emerge was that listening to employees was more important than the transmission of information.

“Within the first week or so, we knew we had some really tough financial decisions to make,” says Serle. “So we set up what we call the Sounding Board. We approached a cross-section of employees in all countries at all levels and asked them to listen to our plans and give feedback, both on the content and the methods of communication and what types of questions we were likely to get from our employees. It was fantastic and guided our whole approach. We set up Yammer groups that allowed people to give instant feedback on different topics and also allowed leaders to provide instant feedback to questions.”

Serle found that engagement levels remained high and in some cases improved. “People reported increased levels of connectivity with their boss,” he explains. But this uptick was far from universal. Many struggled with the physical and mental challenges of remote working. That prompted Capita to set up a wellbeing site with practical resources – both professional and personal – to help people through difficult periods. In the survey, ‘poor morale and wellbeing’ and ‘communication and collaboration’ were cited (by around two-thirds of respondents) as the biggest concerns of staff continuing to work from home. 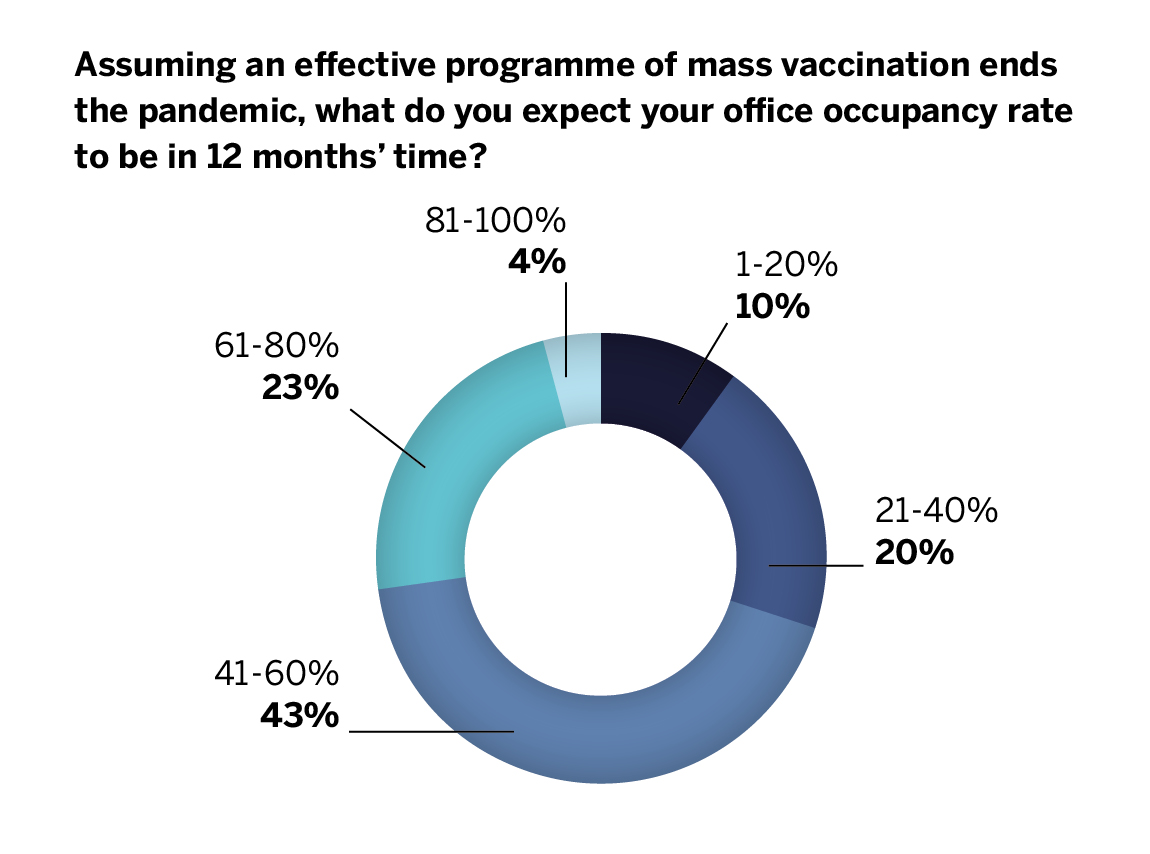 It mustn’t end in tiers

A physical workplace can democratise a workforce, providing a level playing field and clear separation between work and home or recreation. Remote working has blurred those lines and exposed the differences in people’s personal circumstances. It has highlighted what should have been obvious anyway: that everyone is an individual with unique needs.

“Some had big houses, some lived in a studio flat,” Serle says. “Some were working at a desk in a proper chair, some were working off an ironing board. Some people had outside space, others didn’t. Some were enjoying good health, others were really struggling. Some had caring responsibilities for children or elderly relatives, and others didn’t have that concern. And some, like me, enjoyed working flexibly but others didn’t. That started us talking about the future of work.” 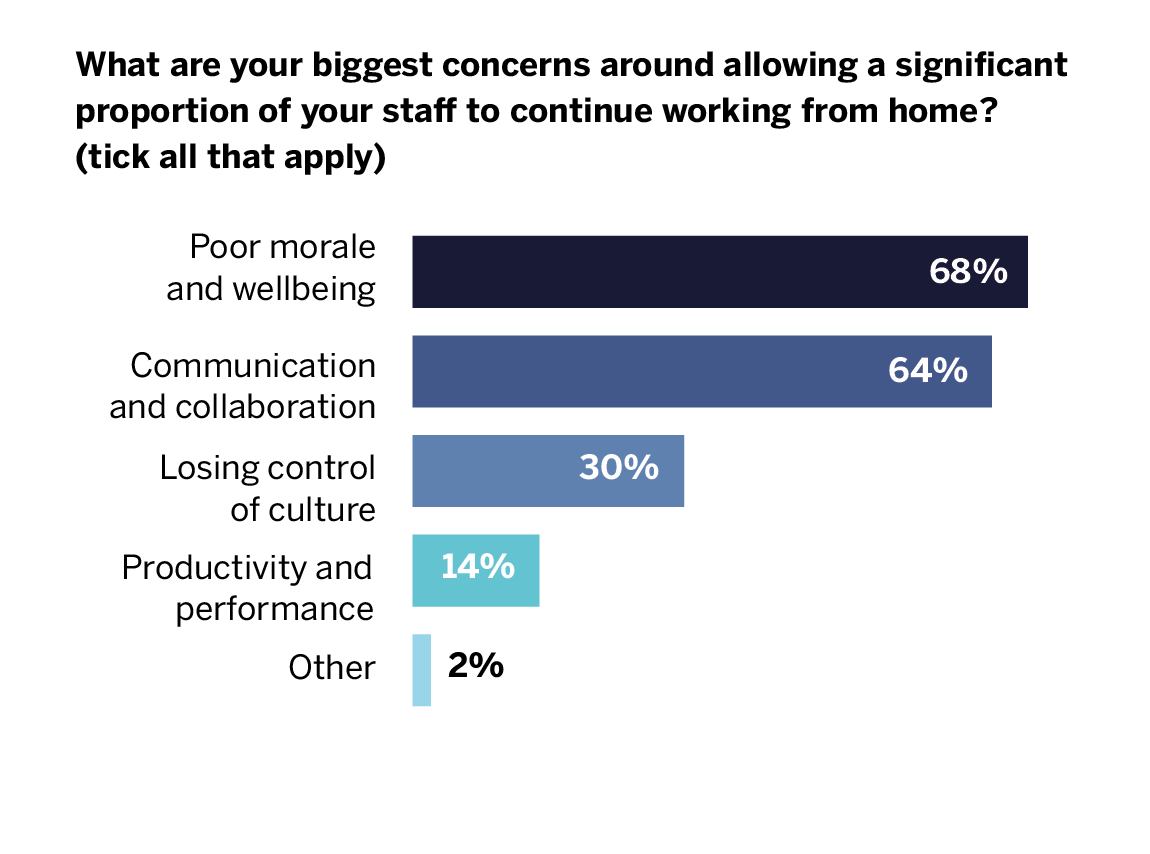 Capita concluded around 80% of roles could be done flexibly but that’s only part of the discussion. “It’s one thing to say a role can be done flexibly but what does the individual want?” says Serle, adding Capita established a huge workstream, surveying around 50,000 employees about what sort of working environment they wanted in the future. “There are obviously many consequences on the individual and on the customer.”

As the Future of Work survey shows, flexible working is here to stay, at least in the short to medium term. But Serle explains: “My primary concern right now is how we keep the good bits we’ve learned and prepare for a different future. We need to keep the ingenious behaviour of our employees and that liberating freedom to actually do things differently. But I have real concerns about the mental health of our employees. Workloads have been ridiculous for many people.

“At Capita, we will end up with a hybrid workforce – we already have – but it will need to be more balanced. I’m concerned that we avoid a two-tiered approach where some employees are physically in the workplace having that interaction with colleagues that so many people crave, and others don’t have that.” 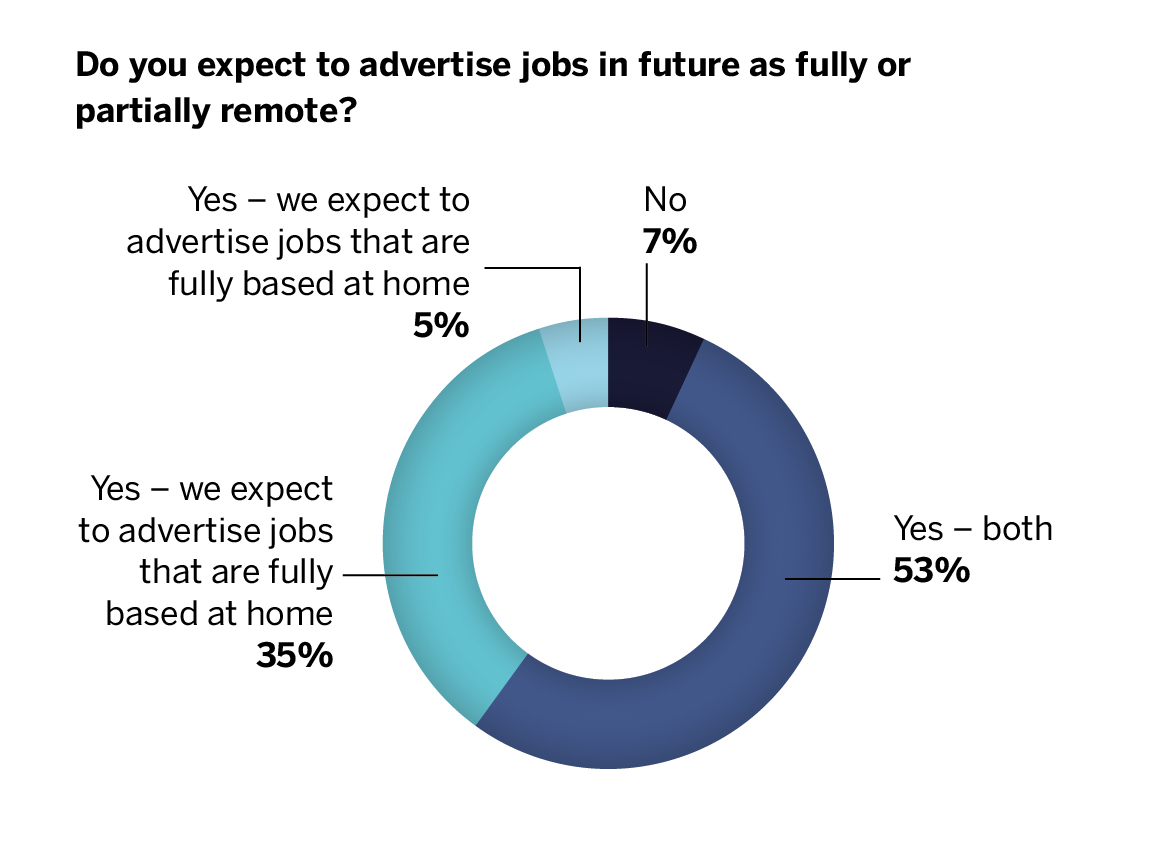 Diversity and inclusion: the opportunity

Flexible or hybrid working has opened up recruitment in unexpectedly positive ways. According to the Future of Work survey, 68% of leaders feel comfortable recruiting people remotely and only 7% said they wouldn’t advertise roles that were either fully or partially flexible. “There are lots of opportunities to come out of this,” says Serle, “but one huge opportunity is an area where we’ve struggled to make a meaningful impact: diversity and inclusion. We now have the ability to recruit people differently, where geography is much less of a factor and where you live doesn’t matter so much. What an opportunity to move some of the constraints of the past and actually embrace a different mix of employees, and a different future.”

A year of change – and opportunity – indeed.