'My work here is done', Tesco's outgoing senior independent director (SID) Patrick Cescau might be tempted to utter at his last board meeting. Cescau has been credited with the doing much of the ‘dirty work’ required to turn the ailing supermarket’s fortunes around, but will step down on April 7 after six years at the top table.

The former Unilever chief exec is thought to have been instrumental in the ousting of chief exec Philip Clarke last year and the hiring of Dave Lewis, a former colleague, as his replacement. He also led the search for a new chairman after the resignation of Sir Richard Broadbent. Compass chief exec Richard Cousins, who joined the board in October, will replace Cescau as SID and a member of Tesco’s nominations committee. 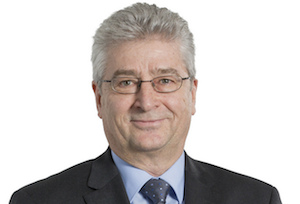 ‘On behalf of the Board, I would like to take this opportunity to thank Patrick for his immense contribution to the business over the past 6 years, and I wish him well in his future ventures,' said Broadbent’s replacement John Allan, who took the reins on the first of this month. 'We will be sorry to see him leave.’

The departure is unlikely to have come as a surprise for Tesco. It was reported back in December that Cescau was planning to step down to give Lewis space to build his own team. This suggests he jumped rather than being pushed.

Tesco's top team has been shaken up radically since Lewis came aboard back in September. Cescau's fellow NEDs Liv Garfield and Jacqueline Tammenoms Bakker left the board last month and Gareth Bullock retired earlier in March, while a raft of senior managers has also faced the chop.

Lewis has now effectively completed phase one of his plan - he's largely got the board he wanted in place and consigned the era of Philip Clarke to the dustbin. As his vision begins to take shape and Tesco's sales return to growth, MT wonders if the supermarket has finally turned over another leaf. Then again, with investigations by the serious fraud office and the groceries code adjudicator, and the threat of discount supermarkets, hanging over his head, he's unlikely to be resting on his laurels.