Further speakers for the Young Women in Business conference will be announced shortly. Watch this space! 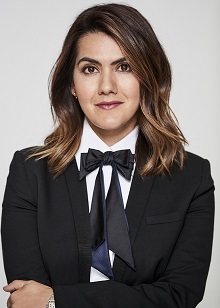 Farrah Storr is the award-winning editor-in-chief of Cosmopolitan. Since taking over the brand in 2015 she led the magazine through a dramatic new look, leading to it becoming the best-selling young women’s title in the UK and increasing circulation by an unprecedented 59%. Prior to this Farrah launched Women’s Health in the UK, where under her leadership it became the most successful women’s magazine launch of the decade. Farrah has held high profile positions at many of the UK’s and Australia’s glossy women’s magazines including features director at Marie Claire in Sydney and Glamour UK. Farrah is one of the leading voices for millennial women, overseeing the Cosmopolitan brand which reaches 10 million women across digital, social and print every month. In 2016 she gave a TEDX London talk on female leadership in the workplace and in 2018 her first non-fiction book on fearlessness (The DIScomfort Zone: How To Get What You Want by Living Fearlessly) will be published by Piatkus. She is a regular talking head on TV, has been a mentor on Britain’s Next Top Model for the last three years and is on the media advisory board for All Bright, the female business network that provided funding for female founders in the UK. In 2017 Farrah was named as one of only 36 black, Asian and minority ethnic (BAME) leaders among the 1,049 most powerful people in Britain, and one of only seven BAME women. 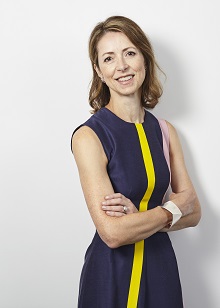 Helena is well known in the City. Now at Legal and General, she is leading a new drive to engage the nation to invest more, focusing on young women. In 2010, Helena founded the 30% Club to improve gender balance in the boardroom. The proportion of female directors has since more than doubled and there are now ten 30% Clubs throughout the world. Helena chairs the Diversity Project, aimed at improving diversity within the UK investment profession. Helena was named one of Fortune magazine’s World’s 50 Greatest Leaders and the Financial Times’ 2017 ‘Person of the Year’. She was appointed a Dame in the Queen’s 2017 Birthday Honours list. She is a Philosophy graduate. Her husband is a stay-at-home father and they have nine children. Her book ‘A Good Time to be a Girl, don’t lean in, change the system’ was published in February 2018. 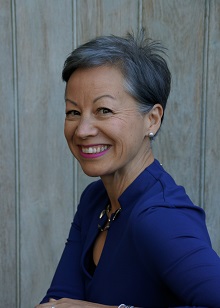 Jacqueline is the president of techUK and the chair of the Digital Leaders board. She also sits on the board at Rightmove, Costain and AO World, serves on the government’s Digital Economy Council and is a supporter of the University Technical College in Newcastle. She is the co-chair at the Institute of Coding, advises the board of Accelerate-Her and lends her support to the Girlguiding Association for technology transformation. Jacqueline was voted Computer Weekly's Most Influential Woman in IT 2015; presented with the Catherine Variety award for Science and Technology in 2017; and won the Women in Tech Award for Advocate of the Year in 2018 acknowledging her contribution to diversity. Jacqueline was awarded CBE for services to international trade in technology in the Queen's New Year Honours list this year. 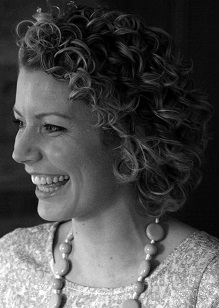 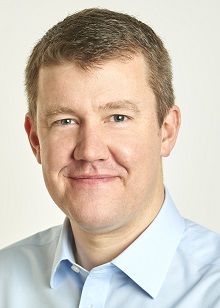 Matt joined Virgin Money in 2011 as people director, leading the HR work required to acquire and integrate Northern Rock. Matt is a member of the executive team who successfully built the company, leading to a successful FTSE listing in 2014. Matt’s early career was at RBS, where he held senior HR roles in several RBS operating businesses, including the consumer finance division and the Tesco Personal Finance joint venture. In 2007 he moved to BP within corporate and functions before becoming HR VP for the North Africa business. Matt is a strong advocate of business being a force for good, being named a Financial Times Top 50 LGBT ally for three consecutive years, Financial Times Top 20 Champion of Women in Business in 2017, and a Management Today Agent of Change in 2018. 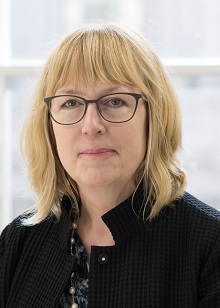 Kim has spent more than 35 years in the financial services sector, IT and consulting firms. Her consulting experience spans the media, insurance, retail and investment banking sectors. Kim is responsible for building the insurance consulting practice within NTT DATA UK and has been head of insurance consulting for over two years, during which time she has developed six new client accounts for the company. In her spare time she coaches three lawyers at the Save the Children organization, as well as three other professional business women. 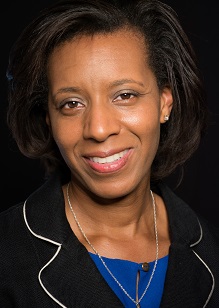 Laurell is a learning and development professional specialising in helping people who are newly appointed to managerial roles to get things right first time and to succeed quickly. She writes and delivers learning and development programmes that focus on helping managers to deal effectively with the challenges they face when they first take on their new responsibilities. She also delivers coaching support to individuals dealing with specific problems as new managers. 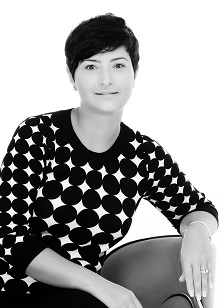 Louisa is group HR director for Noble Foods with responsibility for human resources, IT, payroll and health and safety. She previously worked as HR director at G4S Secure Solutions, Gu Puds, (part of Noble Foods) and SSP, the largest operator of food and beverage brands in travel locations worldwide. Louisa has a degree in Music from Kingston University and a postgraduate diploma in human resource management. In 2012, she became a fellow member of the CIPD. 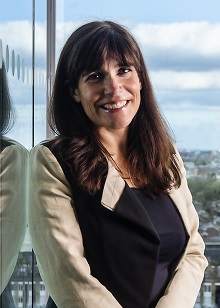 Louise was elected IOSH Vice-President in November 2017. She is also Chair of its Chiltern branch and a member of the its consultancy group committee. An active IOSH volunteer, Louise is committed to changing the image of occupational safety and health as a profession by focusing on the benefits to business of operating in a healthy, safe, sustainable and fair manner. She is currently working to promote the IOSH equality and diversity policy to encourage new practitioners to join the profession, to ensure all voices are heard and to help with developing a membership representative of the modern world of work. Outside of IOSH, Louise works as a consultant with a wide range of organisations to support them in making their own positive risk based choices. She is a regular contributor to a range of on-line publications and magazines. 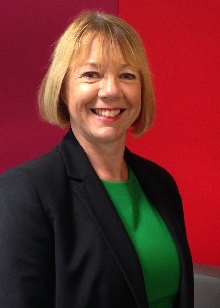 Julie is an equality, diversity & inclusion manager for Nationwide Building Society, contributing to and implementing its diversity and inclusion strategy. Prior to this, she held various management roles, mainly in Nationwide’s branch network. Her desire to make a difference and her involvement with the society’s gender network led to her career change. Julie passionately believes that opportunity should be for all. She has mentored many people during her career and currently manages Nationwide’s mentoring and sponsorship programmes. Julie lives in Manchester, working flexibly between there and the Swindon head office. 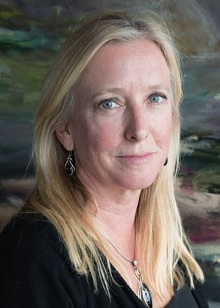 Roz is the first (and so far only) woman to row solo across the world’s 'Big Three' oceans: Atlantic, Pacific, and Indian. She holds four Guinness World Records, and was awarded an MBE for services to fundraising and the environment. It was an unexpected career move for a former management consultant who doesn’t particularly enjoy exercise. She was inspired to brave the oceans when she realised two things: 1) we are all capable of much more than we tend to believe and 2) we need to make some changes if we're going to live healthy lives on a thriving planet. She now writes, speaks, and lectures on sustainability, courage, resilience, and change. She is the author of two books: Rowing The Atlantic: Lessons Learned on the Open Ocean and Stop Drifting, Start Rowing. 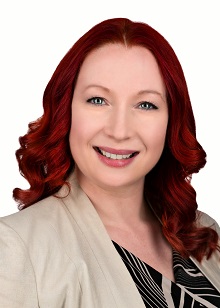 After graduating from law school and working as a management consultant, Sadie went self-employed at the age of 24. Since then, she has started five companies, coached CEOs, trained over 10,000 managers and done stand-up comedy. She is currently a director at Sharp Transformations and runs a social enterprise helping disadvantaged teenagers learn entrepreneurial skills. She has worked with organisations including Marks & Spencer, RBS and the NHS. 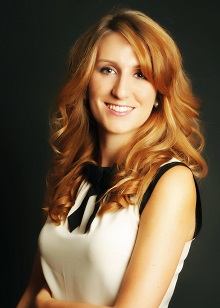 Carrie is the founder of Love Public Speaking, a London-based company which helps people overcome fear of public speaking. She is an NLP practitioner, coach and public speaking expert. Carrie began her career as a conference producer for an education publishing company, before moving on to head up a conference division within a communications agency where she was listed as the company’s best hire of 2011 in PR Week for innovative leadership, and was the youngest director in the company’s history. Carrie founded Love Public Speaking in 2016 after spending many years overcoming her own fear of public speaking. Her passion is helping people find their voice to positively impact their life prospects. 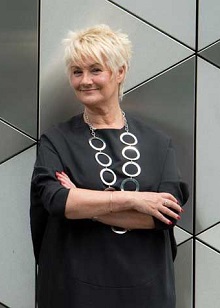 A creative academic, Ros is a chartered clinical psychologist, coach, trainer and regular speaker on the conference circuit. She has presented in the USA, Europe, and China and completed a lecture tour in Japan. Newspapers have described her variously as ‘the guru of personal development’ and ‘the best motivational speaker heard this year’. Ros has developed a unique style of coaching which achieves major insights and shifts in thinking as well as creating a vision for personal and business success. Ros draws on her background as a psychologist to facilitate creative strategies and move people on to become more than they would ever have believed possible. Ros was named by The Independent on Sunday as one of the top 10 coaches in Britain. She is visiting professor at Strathclyde University and a non-executive director for The National Theatre of Scotland. 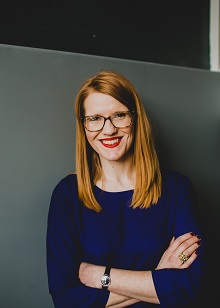 Helen is an award-winning marketer with experience in leadership roles for BP, Virgin and Microsoft. Alongside her role as commercial marketing director for Microsoft UK, she also runs Amazing If, a career coaching and development business with a mission of helping people have happy careers. She writes a monthly column on career development for Marketing Week, has set up The New Work Network and is also a mum of two who understands the challenges of juggling work, life and everything in between. 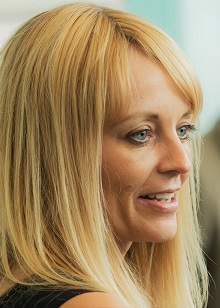 Julie is an occupational psychologist who is passionate about helping others have a Good Day at Work. She is part of the team at Robertson Cooper, partnering with clients to support individuals in building resilience levels, developing managers and helping business leaders understand and influence the wider cultural factors that influence their employees’ health and wellbeing. Recent clients include the BBC, Organix, Nestle and the NHS. 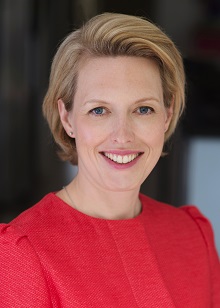 Audrey runs her own executive coaching practice, coaching leaders and rising stars in the corporate environment. She also has a passion for entrepreneurship and is involved with numerous organisations coaching female founders. Audrey studied neuroscience and physiological sciences at Oxford University, followed by 16 years in investment banking at UBS and Deutsche Bank as a managing director where she was running a 50-strong sales team in equities. She left banking seven years ago after the surprise of twins for her third (and now fourth!) child and retrained as a certified executive coach. She set up her coaching business in 2012. Diversity, high performance females, and stress management are subjects of particular research interest. 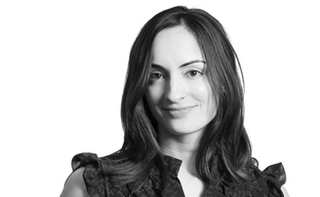 Kate has been a business journalist for the past 14 years, editing Real Business magazine and writing for The Times, The Guardian and The Financial Times. At MT, you'll find her interviewing business big shots and entrepreneurs, commissioning columnists and running the Inspiring Women events. 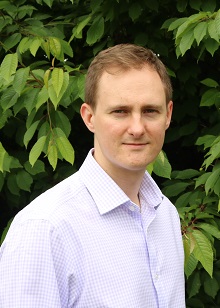 There’s little Adam likes more than a good conversation about business. It’s a good thing really, as his job regularly calls for him to chew the fat with CEOs, management gurus, academics and entrepreneurs. When he’s not chatting with Sir Martin Sorrell about his Latin O Level or musing about multitasking with Charles Handy, he’s more often than not found ‘deep diving’ into some data set or trying to figure out how to make his computer work. Occasionally covers tech, ironically. 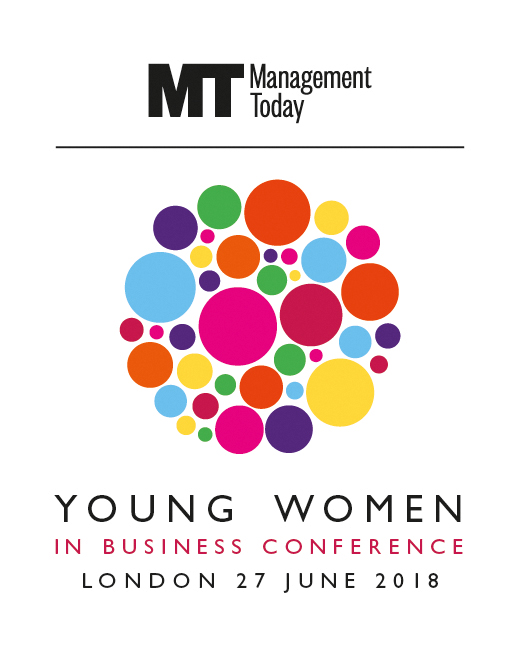 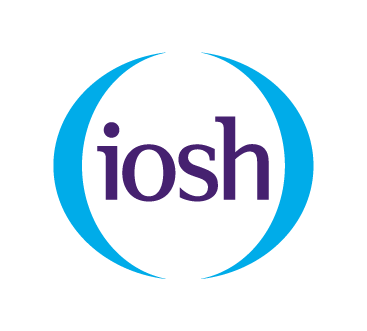 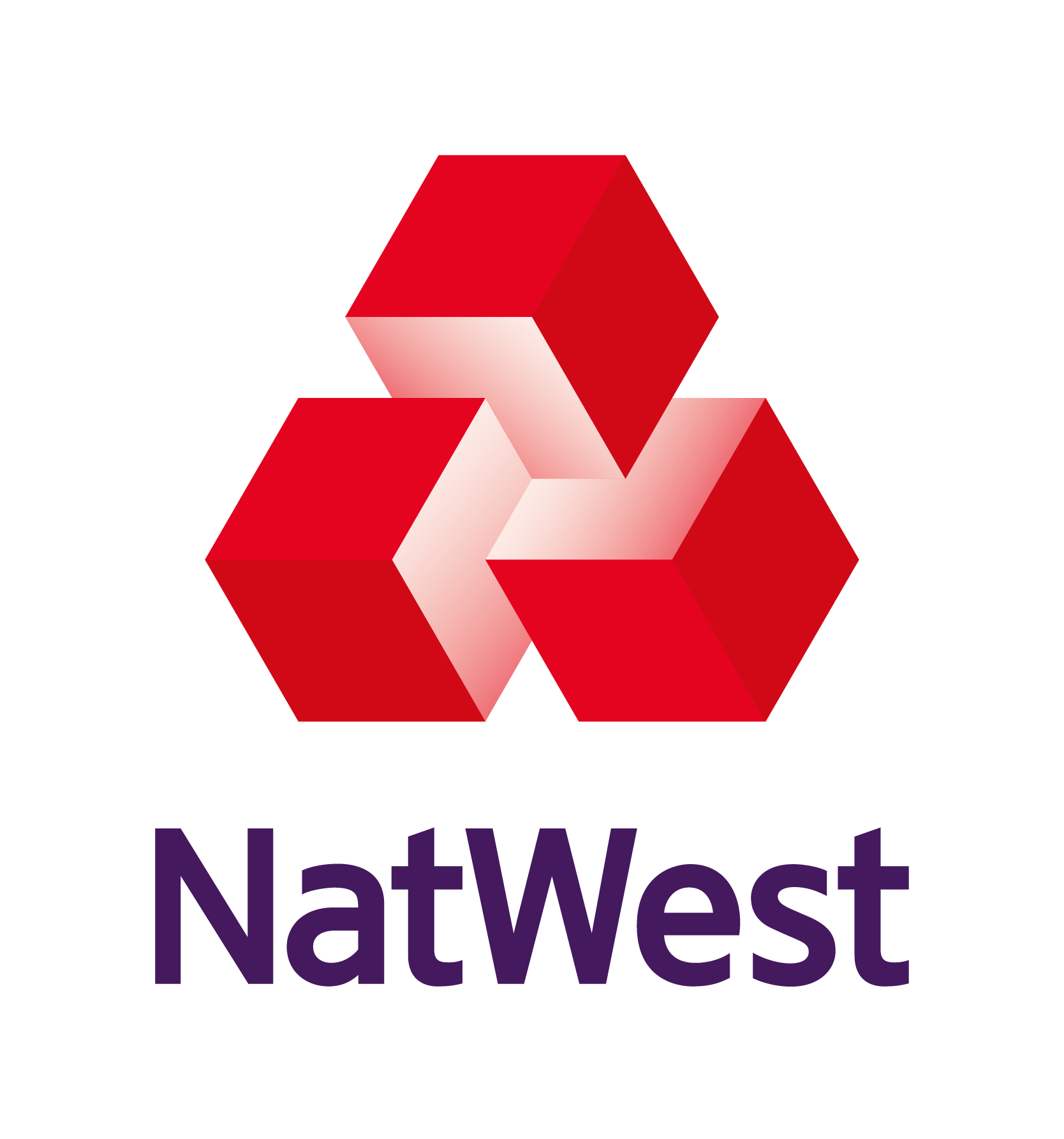 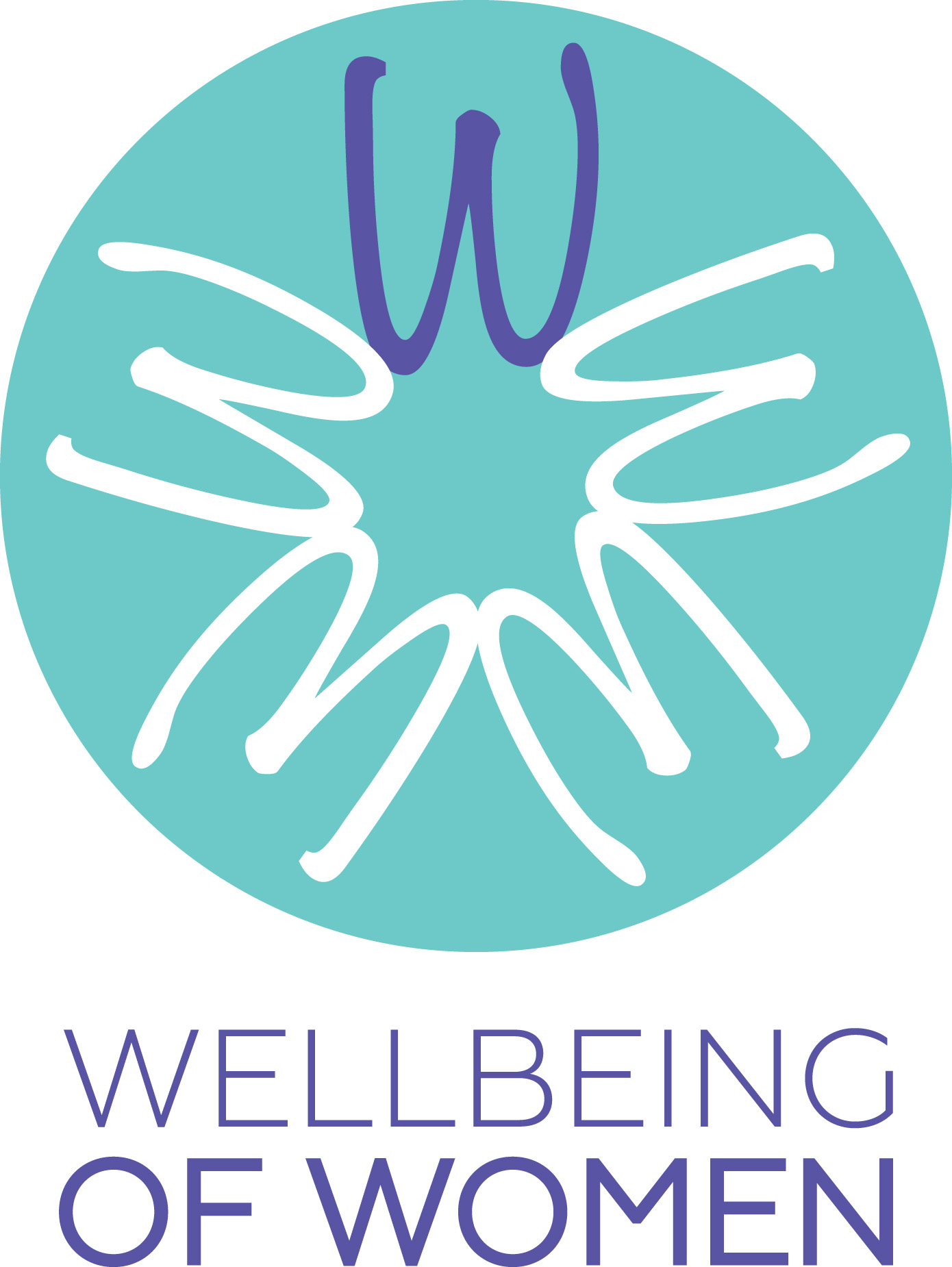